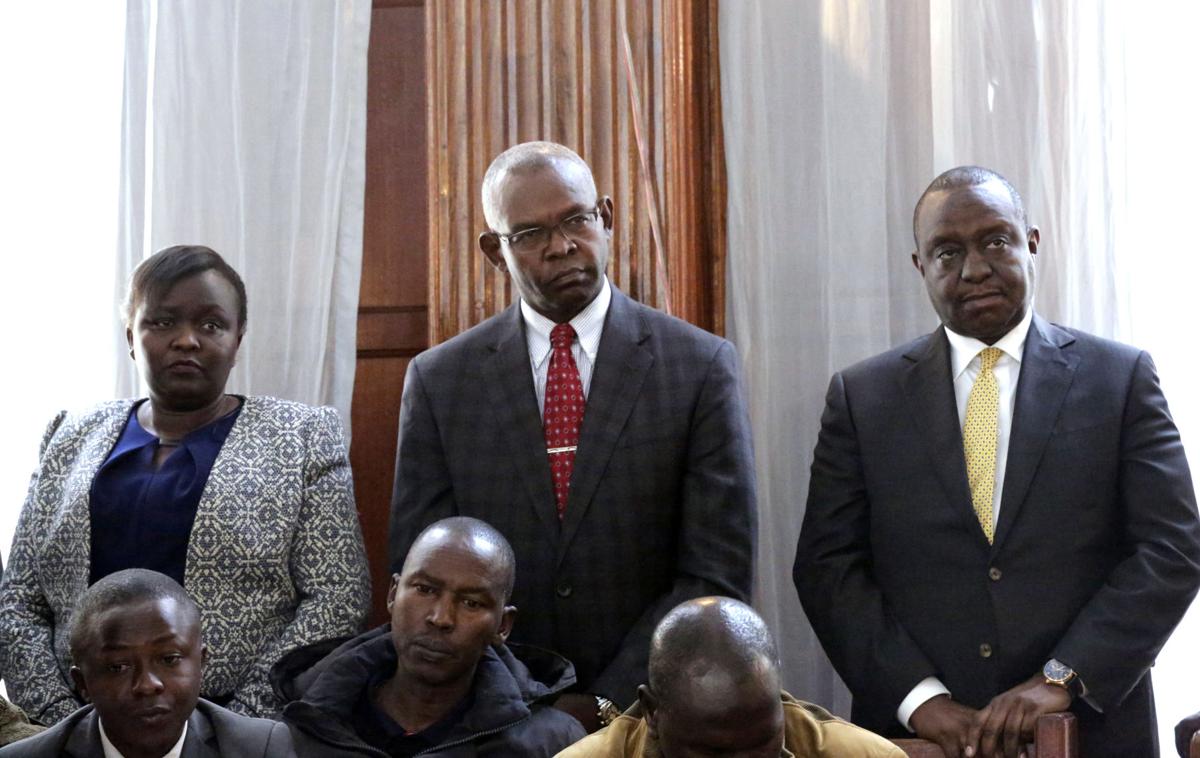 NAIROBI, Kenya (AP) — Kenya’s finance minister on Tuesday denied fraud-related charges over multi-million-dollar contracts for the construction of two dams in the country’s west. This is the first time a finance minister in East Africa’s economic hub, which is plagued by widespread corruption, has been charged while in office.

Henry Rotich and 14 other officials were arrested on Monday for their alleged roles in awarding contracts and payments to Italian firm CMC di Ravenna, which denies wrongdoing.

Kenya’s director of public prosecutions, Noordin Haji, ordered the prosecutions. The charges allege that the officials conspired to defraud the government in the Kimwarer and Arror dams project in Elgeyo Marakwet county, where no construction has started despite billions of shillings having been spent.

The cost of building the dams was inflated by about $164.5 million, said Haji, who alleged that the law was circumvented to ensure that CMC di Ravenna received the contracts while it was facing liquidation in Italy. Haji said the Italian firm submitted draft technical designs for construction of the dams in February, four years behind schedule.

Corruption permeates all levels of Kenyan society and President Uhuru Kenyatta has promised to tackle it. The country is ranked 144th out of 180 nations by Transparency International in its annual corruption index.

Many Kenyans are skeptical of the pledges by the president, who in 2015 declared corruption a national security threat and promised to investigate all customs and revenue officers. That vetting has yet to take place. Very few prominent people charged with corruption have been convicted.

“Until I see people jailed and stolen money and property recovered, I am not going to celebrate or praise anybody. What if they buy justice with all the money they have? We know justice can be bought in this country,” said one frustrated Kenyan citizen, Agoi George, on Twitter.

The U.S. ambassador to Kenya, Kyle McCarter, has been openly urging action against corruption. “Every day we wake up to a new variety of thievery … Same thieves. Same injustice,” he said Tuesday on Twitter.

Rotich, the finance minister, is an ally of Deputy President William Ruto, who in February defended the payments made for the dams, saying “no money will be lost.” Some political observers say the case is a sign of a falling-out between Kenyatta and Ruto, and allies of the deputy president say the charges are meant to block Ruto from running for president in 2022.