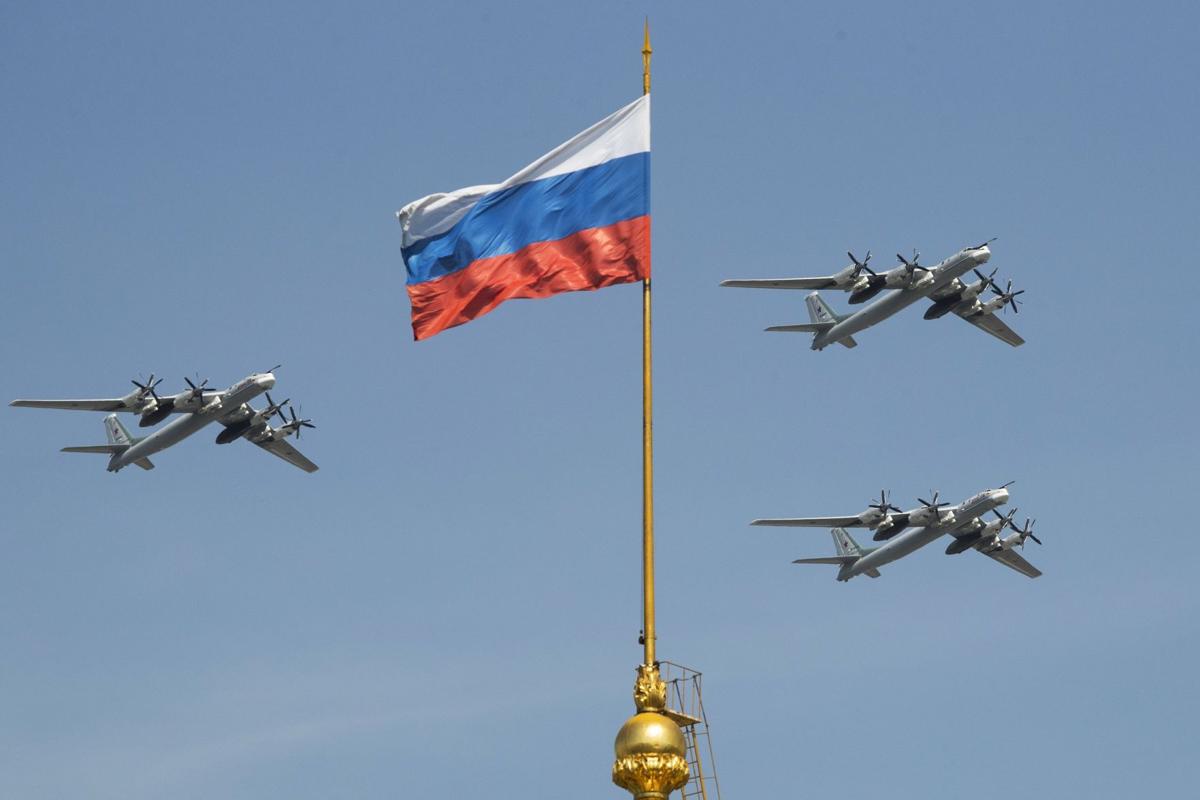 South Korea said three Russian military planes — two Tu-95 bombers and one A-50 airborne early warning and control aircraft — entered the South’s air defense identification zone off its east coast before the A-50 intruded in South Korean airspace. Russia said later that two of its Tu-95MS bombers were on a routine flight over neutral waters and didn’t enter South Korean territory.

According to South Korean government accounts, an unspecified number of South Korean fighter jets, including F-16s, scrambled to the area and fired 10 flares and 80 rounds from machine guns as warning shots.

South Korea said it was the first time a foreign military plane had violated South Korean airspace since the end of the 1950-53 Korean War.

South Korea’s Foreign Ministry and the Joint Chiefs of Staff summoned Russia’s acting ambassador and its defense attache to protest.

Russia’s Defense Ministry said in a statement that its planes did not enter South Korean airspace. It also said South Korean fighter jets didn’t fire any warning shots, though it said they flew near the Russian planes in what it called “unprofessional maneuvers” and posed a threat.

“If the Russian pilots felt there was a security threat, they would have responded,” the statement said.

Pavel Felgenhauer, an independent Russian military analyst, told The Associated Press he believed the incursion could have been a navigation mistake. He also suggested the incident would not have serious consequences because “South Korea right now is not very interested in pressing this into a kind of long-term worsening of relations.”

The former Soviet Union supported North Korea and provided the country with weapons during the Korean War, which killed millions. In 1983, a Soviet air force fighter jet fired an air-to-air missile at a South Korean passenger plane that strayed into Soviet territory, killing all 269 people on board. Relations between Seoul and Moscow gradually improved, and they established diplomatic ties in 1990, a year before the breakup of the Soviet Union.

The airspace that South Korea says the Russian warplane violated is above a group of South Korean-held islets roughly halfway between South Korea and Japan that have been a source of territorial disputes between the two Asian countries. Russia isn’t part of those disputes.

The Russian statement accused South Korean aircraft of trying to hamper the flights of Russian jets before “a vague missile defense identification area” that it said South Korea unilaterally defined. Russia said it had raised its concerns about the zone before.

South Korea’s Foreign Ministry and Joint Chiefs of Staff registered their official protests with Beijing when they summoned China’s ambassador and defense attache.

Chinese Foreign Ministry spokeswoman Hua Chunying said she was not clear about the situation but noted that the air defense identification zone is not territorial airspace and others are entitled to fly through it.

She took issue with a reporter’s use of the word “violation” to ask about China’s reported activity in South Korea’s air defense identification zone. “I feel that given China and South Korea are friendly neighbors, you should be careful when using it, because we are not clear about the situation,” she said.