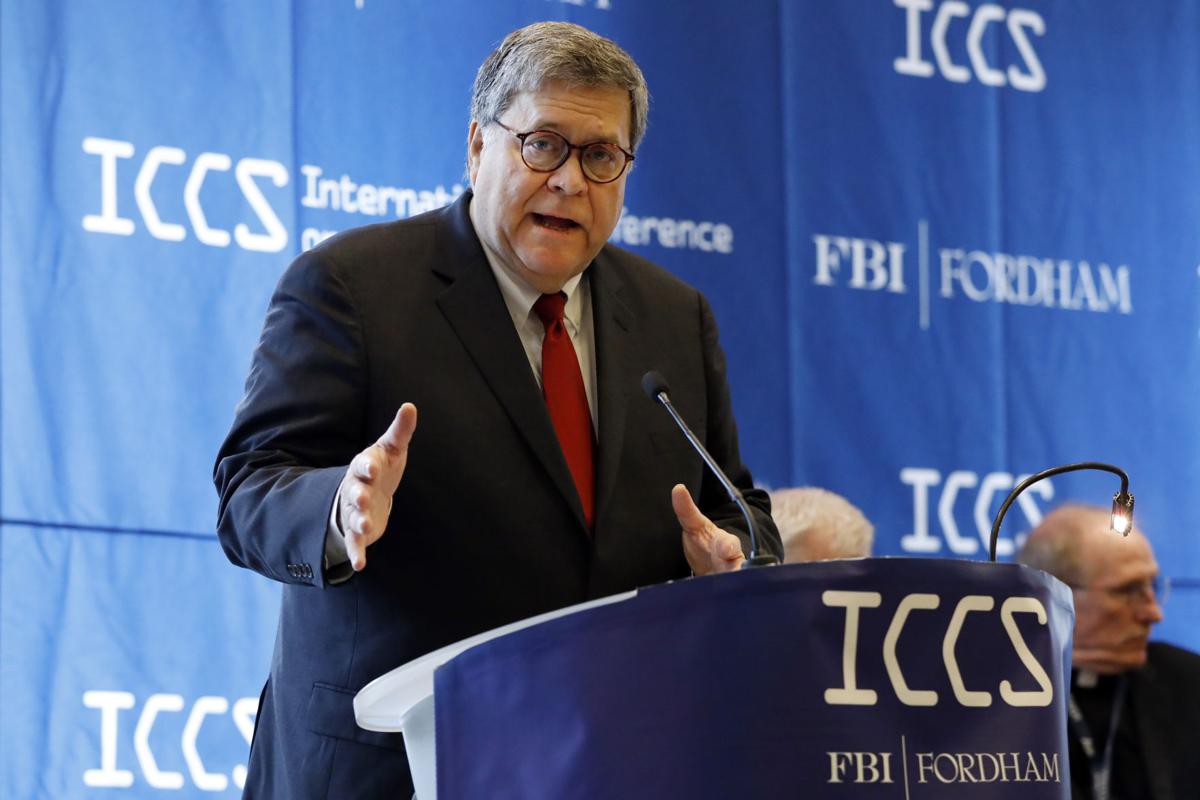 Barr’s comments at a cybersecurity conference mark a continuing effort by the Justice Department to push tech companies to provide law enforcement with access to encrypted devices and applications during investigations.

“There have been enough dogmatic pronouncements that lawful access simply cannot be done,” Barr said. “It can be, and it must be.”

The attorney general said law enforcement is increasingly unable to access information on devices, and between devices in the virtual world, even with a warrant supporting probable cause of criminal activity.

Barr said that terrorists and cartels often will switch mid-communication to an encrypted application to plan especially deadly operations. He described a transnational drug cartel’s use of WhatsApp group chat to specifically coordinate murders of Mexico-based police officials.

Gail Kent, Facebook’s global public policy lead on security, recently said that allowing the government’s ability to gain access to encrypted communications would jeopardize cybersecurity for millions of law-abiding people who rely on it. WhatsApp is owned by Facebook.

Kent said changing encryption practices won’t stop bad actors from using encrypted devices or applications on other services that might pop up to enable this.

Encrypted communications are ones that are only available to users on either end of the communications. The increasing use of this technology has long been coined by the Justice Department as the “going dark” problem.

The remarks acknowledged the need for encryption to ensure overall cybersecurity that has enabled people to bank relatively securely online and engage in e-commerce.

Barr said that to date, law enforcement in Garland, Texas, have been unable to access 100 instant messages sent between terrorists who carried out an attack there.

“The status quo is exceptionally dangerous, it is unacceptable and only getting worse,” Barr said. “It’s time for the United States to stop debating whether to address it and start talking about how to address it.”

Ex-FBI director James Comey championed the need for a law enforcement workaround to encrypted devices and communications. He led a highly publicized push to gain access to an iPhone belonging to a perpetrator of a terrorist attack in San Bernardino, California, that killed 14 people in 2015.